In the run-up to COP26, the transition to a net-zero economy will be at the top of the media agenda. Greentech startups will have an unprecedented opportunity to showcase their work, but it’s important to hit the right note when pitching to journalists explains author and journalist Trevor Clawson.

Catastrophic flooding in Europe and China. Wildfires raging in the forests of Siberia. Life-threatening temperatures across parts of the US and Canada. This was the summer in which the world’s wild-weather ride appeared to step up a gear, underlining the vital importance of COP26 – the 2021 United Nations Climate Change conference, taking place in Glasgow between October 21 and November 12. 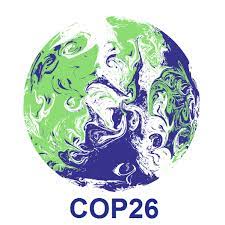 Certainly, something fundamental has changed since the last time world leaders assembled under the COP banner back in 2015. Since then, climate change has been rebranded as the “climate emergency” and there is a new sense of urgency as policymakers grapple with a crisis that seems to be escalating at a much faster rate than expected.

And there is a hunger for solutions. More than 130 countries have agreed to transition their economies to achieve “net-zero” carbon by the middle of the century and around 90 have already submitted plans to the United Nations. There’s a lot of detail to be worked out but one thing seems certain – technology will play a crucial role in helping us all to move towards a sustainable future.

So, in theory at least, there couldn’t be a better time for “Greentech” entrepreneurs to capture the attention not only of customers and policymakers but also journalists. The climate emergency is already close to the top of the news agenda and media interest in companies offering planet-friendly solutions is bound to intensify in the run-up to COP26.

But what are journalists looking for?

The first thing that has to be said is that – judging from my own experience – journalists are not currently facing a shortage of pitches from Greentech/climate-focused businesses. I write primarily about startups, early-stage tech companies and the innovation economy ecosystem. Three years ago, my mailbox was full of introductions to fintech, A.I. and blockchain entrepreneurs while pitches from Greentech businesses (or more usually, their PR companies) were relatively rare. Today, it’s a different story. On any given day, I can expect to hear from at least two or three companies that put climate and the environment at the heart of their stories.

Arguably this simply reflects underlying investment trends. In the UK alone, VCs pumped around £340 million into climate tech companies in 2020, according to analyst Pitchbook. Public money is also pouring in. Witness the British government’s plan to invest around £160 million in climate tech. This has become a hot sector and the availability of funding is encouraging new entrepreneurs to come into the market. The same is true elsewhere in the world. Climate tech, in particular, has become a magnet for investors. What’s more, the global nature of the climate emergency means that scaling businesses have the potential to move quickly into new markets.

Establishing a beachhead in a foreign territory isn’t easy, not least because local journalists are often focused on domestic companies. The Greentech sector is – I would argue – a little different. Climate is the overwhelmingly important issue of the age and it is a global story. Journalists are open to talking to founders and business leaders from around the world. The key is to have a coherent and compelling story to tell.

So how do you stand out? Well, it depends on the nature of your company. The pitches that drop into my mailbox tend to fall into three broad categories:

Within those broad categories, there is huge diversity in terms of business models, but in my view, the common factor that attracts my attention as a journalist is a willingness to share as much information as possible.

To take the example of businesses directly addressing climate problems, what I’m really looking for is evidence of a credible route to the market. Or to put it another way, I’ll be much more inclined to write about a company that can demonstrate its potential to scale up to a point where it can really make a difference. So yes, I’m interested in the technology, but I also want to hear about the funding arrangements, the partnerships, the marketing plan, the leadership team and the forward-looking strategy. In some cases, I’ll profile a really good company, but I’m also looking for founders and leaders who can comment insightfully on their markets.

But that’s me. Another journalist might well be excited simply by the science or the tech that underpins the product – particularly if it’s cutting edge. So, it’s important to identify journalists who will be receptive to your company’s message at any given time. A great tech story might find its way to the New Scientist, Wired or a national newspaper technology supplement, even if the company itself is at a very early stage of commercial development.

Similarly, if a product is designed for a specific industry or activity, trade magazines offer a good source of coverage. A software solution facilitating the decarbonisation of supply chains could well be of interest to publications focused on procurement.

Non-Greentech companies seeking to make a difference by cutting their own carbon consumption can also have a great story to tell. For instance, given that nowadays just about every business is under pressure to become greener, an article featuring perhaps four CEOs who have reduced not only their own companies’ carbon footprints but also those of their suppliers has the potential to inform and inspire others.

But – and it’s a big but – every journalist is wary of falling under the spell of “greenwash” – otherwise known as an attempt to secure a bit of extra media coverage by cobbling together some spurious environmental credentials. To avoid that accusation, it’s important to provide the journalist with solid data on what has been achieved. Before and after figures are great, as are industry benchmark comparisons. The more you can share, the better.

The same is true of businesses that fund green initiatives from their profits. Again, this type of practice could form the basis of a strong-interview led feature around corporate social responsibility, but hard numbers are important. How much cash has been diverted and (more importantly) how has the company measured the impact? Who does it partner with and why?

Ultimately, what really counts as we all face up to the unfolding climate crisis, is the ability of businesses to deliver on their promise. Personally, I’m writing more and more about Greentech companies. The goal, from my perspective, is to feature startups that can underpin their offers with a credible business plan, robust numbers and technology that stands up to scrutiny.

Trevor Clawson is a UK-based journalist and author with more than a decade’s experience in writing about startups, tech companies and fast growth businesses. He is currently a regular contributor to Forbes.com and IDG Connect and his work has appeared in a range of publications, including the Guardian, Sunday Times and Director. He is also the author of three books, including The Unauthorized Guide to Business the Jamie Oliver Way, which has been translated into a number languages, including Russian, German and Hungarian.

Trevor Clawson has more than a decade's experience writing about startups, tech companies and fast growth businesses.  He is currently a regular contributor to Forbes.com and IDG Connect and his work has appeared in a range of publications including the Guardian, Sunday Times and Director.  He is also the author of three books including The Unauthorized Dude to Business the Jamie Oliver Way.

Are you a startup or a founder wanting to enter the UK market? If so, do your research! Get to know the market you’re entering for maximum success. If you need a helping hand, we're experts in this field so give us a buzz! #marketentrymonday #pr #startups pic.twitter.com/y0x9OMtRoz

We hope all of our Aussie friends and clients past and present are enjoying #AustraliaDay! #AustraliaDay2023 pic.twitter.com/AXYV9Wile2

To all our friends who celebrate the Lunar New Year, we hope the Year of the Rabbit is a good one for you all! #chinesenewyear #yearoftherabbit pic.twitter.com/szhnga0Hds