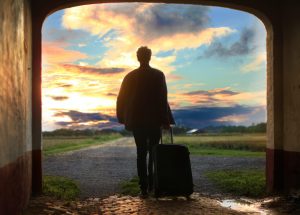 The prospect of that trip of a lifetime to Australia or New Zealand has been no more than a distant dream in the last two years, but with both countries now lifting Covid restrictions, there are high expectations of a surge of UK visitors.

Consumers who boosted their savings during lockdown are now looking to spend with abandon, with pent-up demand in many cases overriding considerations about the UK’s cost-of-living increases (at least for this year). The big trip is a thing once again.

Trips don’t come much bigger than Australasia, with many making that once-in-a-lifetime journey choosing to visit both Australia and New Zealand, while others take time to visit friends and relatives (VFR) in either country, with emotional reunions to be witnessed at airports for months to come.

Both destinations have additional pull for holidaymakers in offering the open space and natural experiences many craved during lockdown, and both have a sustainability ethos – Adelaide, for example, has just been designated as only the world’s second National Park City.

Australia is so vast it had different reopening rules in different states, but for the first time in two years, all states and territories are open to UK visitors without testing requirements. As the country reopens, the buzz around Australia has reached fever pitch with a succession of announcements likely to entice prospective travellers in the months and years ahead, although no-one in the industry expects an immediate return to 2019 levels, when Australia welcomed 671,500 UK visitors.

Most recently, news of Qantas’s intention to fly non-stop between London and Sydney has made the headlines, achieving what the airline’s boss Alan Joyce called “the final fix for the tyranny of distance”. Ventures like this really capture the public’s imagination and more importantly, from 2025 will cut journey time to 20 hours, eliminating a typical three-hour stopover in Singapore.

The original Qantas non-stop flight, from London to Perth, launched in 2018, resumes on 23 May, a month earlier than planned. The service currently operates to Darwin and moving it back to the western gateway will offer more flight connections and open Western Australia to UK visitors once again.

Western Australia was the last state to reopen its borders and demand for it is typical of that found across the country. One tour operator reporting strong interest is Gold Medal, as interim sales and marketing director Nick Hughes explains: “Australia overall has performed well but in recent weeks we’ve seen enquiries for Perth overtake Melbourne and Brisbane with some significant sales like a £18,000 package, showing holidaymakers are booking as well as VFR, and treating themselves to higher value experiences and longer stays. Demand is concentrated around Christmas, but we are starting to see some strong numbers into 2023 with motorhomes and trains like the Indian Pacific booking well.”

Empty nesters are getting excited about their big trip, but younger travellers are also feeling the buzz. Several states are promoting the Working Holiday Maker scheme for Brits aged 18-30 and Irish citizens of 18-35. There is a multitude of offers, such as South Australia’s, which has brought back the “Ten Pound Pom” scheme with 200 £10 flights on offer.

The vast majority will not be flying to Australia or New Zealand for £10, but per kilometre, flying Down Under is the best value for money airlines offer and this works to both countries’ advantage compared to competitor destinations. The distance also means visitors will maximise their stay, with many adding unpaid leave to annual holidays.

Post-pandemic, airlines are seeing increased demand for premium cabins on flights, with consumers blowing their savings. This also benefits Australia and New Zealand due to the flight duration and comparatively small number of corporate travellers, which means premium economy and business class fares are better value compared to competitor destinations.

This matters particularly on the longest journey of all, to New Zealand, which reopened to fully vaccinated UK visitors on May 1 after two years of stringent lockdown. An antigen testing requirement, both pre-trip and five days after arrival, is still in place, but after such a hiatus, this will not deter many.

The country’s indigenous culture has not had as high a profile as Australia’s, but a new campaign, Tiaki, a Māori word that loosely means to care, conserve, and protect, has been adapted into a broader Care for New Zealand message, tying together sustainability and inclusion. Tourism New Zealand sums up the new ethos: “The Tiaki Promise is a commitment to our future by helping to protect our environment, our culture and our people.”

In practical terms, this means spreading visitors away from the traditional icons like Milford Sound onto more untouched but equally spectacular areas, with 2022’s campaign highlighting lesser-known areas of both North and South Islands. New Zealand may lack the size of its neighbour across the Tasman Sea, but it will match it for experiential travel, something that’s top of the agenda as we emerge from Covid.

Because of the close ties with New Zealand and Australia, UK consumers visit for a wider variety of reasons and in a much broader demographic than other destinations. When marketing, factors such as extended stays, working holidays and the VFR element must be considered in building brand awareness. You will need to think across a broad spectrum of media to ensure you cover off all angles and potential audiences, so don’t purely think of national media, there are many other potential outlets to consider to reach your next visitor. Small specialists in particular, such as wine and ecotourism attractions, will need a helping hand to raise their profile, whether that’s to promote directly to the UK market or to advise on a B2B relationship with its travel industry.

Gary Noakes is senior contributor and analyst for Travel Trade Gazette in London. He has written about the UK travel industry for several decades and has worked and travelled in Australia and New Zealand many times.

This author does not have any more posts.

Are you a startup or a founder wanting to enter the UK market? If so, do your research! Get to know the market you’re entering for maximum success. If you need a helping hand, we're experts in this field so give us a buzz! #marketentrymonday #pr #startups pic.twitter.com/y0x9OMtRoz

We hope all of our Aussie friends and clients past and present are enjoying #AustraliaDay! #AustraliaDay2023 pic.twitter.com/AXYV9Wile2

To all our friends who celebrate the Lunar New Year, we hope the Year of the Rabbit is a good one for you all! #chinesenewyear #yearoftherabbit pic.twitter.com/szhnga0Hds