We asked freelance journalist, Jess Denham, about her thoughts on sustainability, here’s what she had to say: 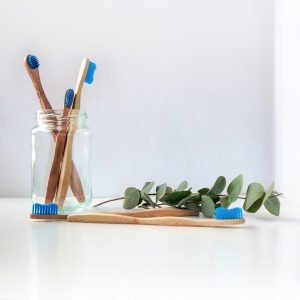 Sustainability may be the buzzword of the moment, but if you want to appeal to the modern consumer, don’t dismiss it as just another fashionable fad. This one’s got legs, so listen up.

My role as a culture and lifestyle journalist involves staying closely attuned to what Brits are reading, watching, talking about, and wanting. By studying which digital articles are generating the most clicks and shares, noting which social media posts are sparking the most engagement and following which search terms are trending on Google, I can pinpoint turning points in our attitudes and demands. I spot a trend and pitch accordingly, always with the given publication’s target audience in mind.

The United Nations defines sustainable consumption as “about doing more and better with less”. It refers to “the use of services and related products, which respond to basic needs and bring a better quality of life while minimising the use of natural resources and toxic materials, as well as the emissions of waste and pollutants over the life cycle of the service or product, so as not to jeopardise the needs of future generations”. That’s an easy mission to get behind but, let’s be honest, “sustainability” is a boring word. It’s little wonder that so few of us have been engaged with the concept (the above definition dates back to 1994!) until now.

From my journalistic perspective, the catalyst finally came in late 2017, when the BBC aired Blue Planet II, a wildlife documentary series from national treasure Sir David Attenborough. In seven hour-long episodes, it woke the UK up to the extent of the climate and plastic pollution crisis. The hard-hitting finale showed albatross chicks being fed scraps of plastic by their well-meaning parents. Millions of us watched in shock and sadness, galvanised to make a lasting change. Indeed, research later found that 88% of people who watched Blue Planet II had changed their behaviour as a direct result of what they’d seen, half of whom “drastically”.

Gen Z, aged up to 24, are particularly highly engaged in activism, thanks in no small part to “the Blue Planet effect” and inspiring 18-year-old Swedish climate campaigner, Greta Thunberg. When I rounded up the best Christmas presents for teenagers for a national newspaper’s shopping section last year, I went straight to the source for suggestions. Top of the list was a colourful reusable water bottle. In recent years, I have compiled many product roundups with a sustainability edge, including cruelty-free skincare, ethical swimwear and reef-friendly sunscreens because, quite simply, it’s what young people want.

Make no mistake, sustainability is cool now, but UK consumers of all ages are savvy. Eco credentials, when authentic, can undoubtedly give a brand or product an edge. But greenwashing, when companies use vague messaging and empty promises to make themselves seem more environmentally engaged than they are, is rife. Shoppers are increasingly seeing through these dodgy marketing tactics. Today, the message from the modern consumer is clear: a little less conversation, a little more action, please.

Credibility is key. If you’re genuine, make darn sure that consumers and journalists know it. Pop a sustainability page at the top of your website, with details and evidence to back up your claims. Using fibres made from recycled plastic bottles for your clothing? Show us how many bottles you’ve collected from beaches in the last year. We’re talking facts and figures, shared in an easily comprehensible way (e.g. ‘enough plastic bottles to fill an Olympic-size swimming pool’) with photos showing your clean-up effort in progress. Make a story of it, full of human voices. Paid for certification by a trusted independent body such as Fairtrade, Soil Association or The Vegan Society? Flash those recognisable logos all over your branding to get an edge. If you’ve got the marketing budget, these are worth paying for, as they offer instant reassurance, and save time-starved shoppers (and journalists!) the effort of checking whether you’re as sustainable as you say you are.

Consumers now understand that to vote in favour of the planet, they must vote with their wallet and put their money where their mouth is. However, while it feels fair to say that most UK consumers would be more likely to buy from a green brand, they won’t buy a product purely because it’s sustainable. Recent research from Getty Images found that while 92% of the 10,000 respondents believe that treating our planet kindly will impact future generations, a hefty 48% say that convenience still takes priority. Quality and value for money also remain paramount when I’m scouting out new launches to feature, so don’t think you can get away with sacrificing either for ethics.

Case in point: I tested vegan shampoos and conditioners earlier this year. If a product didn’t make my hair feel clean, soft and shiny, it didn’t make the cut, no matter its Peta certification or recycled plastic packaging. If people don’t like a product, they won’t buy it. Sustainability should be a pillar upholding your brand, but not its only support. Likewise, it should be an ingredient in your brand’s cake, not merely the sprinkles on top.

To sum up: green is most definitely the new black. Make sustainability a focus, not an afterthought, and do so with honest intentions. Remember what else consumers want – style, quality, convenience, value for money – and you’ll attract loyal customers who are truly engaged with your brand’s ethos and, in turn, your products.

Jess Denham is a freelance journalist, editor and copywriter based in Surrey. She covers culture and lifestyle for a range of high-profile newspapers, magazines and brands, including The Independent, Good Housekeeping and Zoopla.

Jess Denham is a freelance journalist, editor and copywriter who covers culture and lifestyle for a range of high-profile newspapers and magazines including The Independent and Good Housekeeping.

This author does not have any more posts.

We offer a broad range of services inc all those you'd expect from a leading #PR consultancy + some which only a company new to the #UK might require. Find out more at rochesterprgroup.com/about-us… #PR #marketentry #internationalbusiness pic.twitter.com/b0GWF9L8U4

Today is #SMEDay. We love to help SMEs reach their communications goals. If you're an SME in need of some #PR, #marketing, or #socialmedia assistance, we'd love to hear from you! Learn more about us at rochesterprgroup.com. #UKPR #PRexperts #PRadvice pic.twitter.com/RyeGYk0sPQ

RT @Mishcon_de_Reya The highlights from this week’s #JazzShapers are now available. Check out @elliot_moss’ discussion with @StepExFinance founder and CEO Daniel George, including insights into barriers to education, making systemic change and more. mishcon.com/jazzshapers/da…