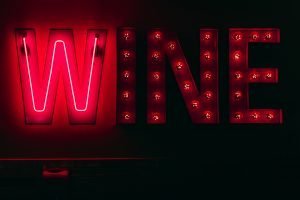 In the past year, China’s tariffs on Australian wine imports have wiped almost £550 million from the trade. Market diversification has been the main strategy to turn fortunes around. Tim Michael, editor of Dynamic Export, explains why the UK has become the prime target.

Wine lovers across the UK will have even more reason to celebrate in 2022 with the expected arrival of a raft of new budget and premium brands from Down Under.  Australian winemakers now have their sights set firmly on the UK, after crippling tariffs imposed by China have virtually closed their most lucrative market.

At its peak, the Chinese wine trade was worth nearly £700 million (A$1.26 bn) a year to Australia and made up 41 per cent of the overall value of Australian wine exports globally. In the past 12 months, however, the trade has fallen off a cliff and is now worth just £44.2 million (A$82m), thanks to duties of between 116 per cent and 218 per cent.

The heavy tariffs have not only decimated exports for Australia’s biggest wine companies like Treasury Wine Estates (TWE), owner of the premium Penfolds label, it has severely impacted small to medium size wineries.  Treasury Wine was a major loser, along with nearly 1000 other Australian producers who put most of their eggs in China’s basket. Some of those producers were sending up to 90% of their total output to China.

Australian wine exporters are now diversifying their business models, with ambitious plans to ship to a broad range of alternative markets. In most cases, the UK is their top priority.

The UK is now Australia’s largest wine market in both volume and value, according to Tony Battaglene, the chief executive of Grape and Wine Australia. “The UK has grown about 30 per cent in the last three months,” he says.  According to latest figures from Wine Australia, the governing body for the Australian Wine industry, exports in almost all price segments to the UK have continued to grow in the past 12 months. Last year, Australian wine exports to the UK increased by 7 per cent in value to nearly £250 million (A$460 million) – the highest average value in a decade – and sales are steadily rising.

And the recent signing of the new Australia-UK free trade, expected to come into effect in mid-2022, is set to drive sales even further.  Under the new agreement, tariffs on Australian wine will be eliminated when the deal is ratified. This will level the playing field for Australian wine exporters with their major European competitors.  The deal will remove £23 million (A$43m) in annual customs duties from Australian wine, giving exporters better access to the prime UK market.

The Export Council of Australia says the bilateral accord will open new doors for Australian wine producers looking to reach new customers and increase sales in the UK. The FTA not only benefits the major players like Treasury Wine, Casella Wines, Accolade Wines, De Bortoli, Pernod Ricard Winemakers and Brown Brothers. Smaller boutique wine producers now also have an outstanding opportunity to break into the UK market.  In recent months, wine producers such as Australian Vintage, the maker of McGuigan, Nepenthe and Tempus Two, have been reporting solid growth in that market. Much of the growth has been attributed to online purchases in Britain during lockdowns and restrictions.

Similarly, smaller boutique wineries like Ross Hill Wines in Central NSW are now targeting the UK as an alternative market. Ross Hill usually sells 20 per cent of its wine abroad, with China the destination for 85 per cent of all previous exports. The company recently sent its first order to the UK and is already working on a second.

Now Brokenwood Wines in the NSW Hunter Valley and The Lane Wine Company in the Adelaide Hills (South Australia) are following suit.  The Lane Wine Company was exporting more than 20,000 bottles of wine a year to China, but that abruptly ended last year with the imposition of heavy tariffs. Its focus is now set on the UK.

And with more than 2,260 commercial wineries in Australia producing a wide variety of budget and premium red and white wines, UK consumers are in for a treat.

The biggest challenge for Aussie wine producers is how to stand out in this crowded marketplace.  The UK wine market is widely recognised as being highly lucrative – and very competitive.

Australian wines offer exceptional quality and variety at competitive prices – a major point of difference.   With professional marketing support many smaller producers can gain a deep understanding of the UK marketplace to break through the clutter and reach a new target audience.